skip to main | skip to sidebar

There's something for everybody at the library. 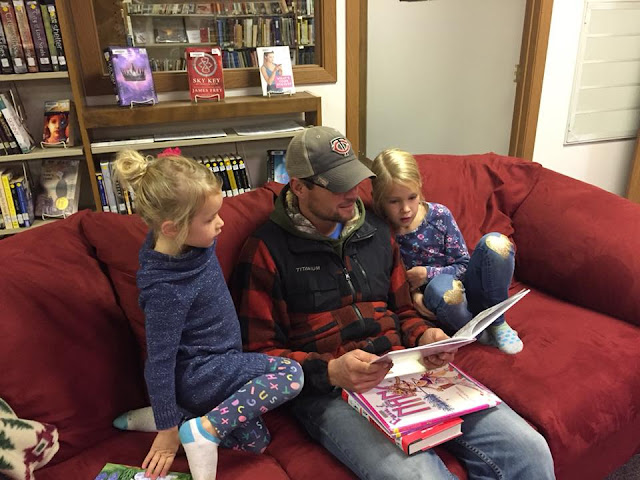 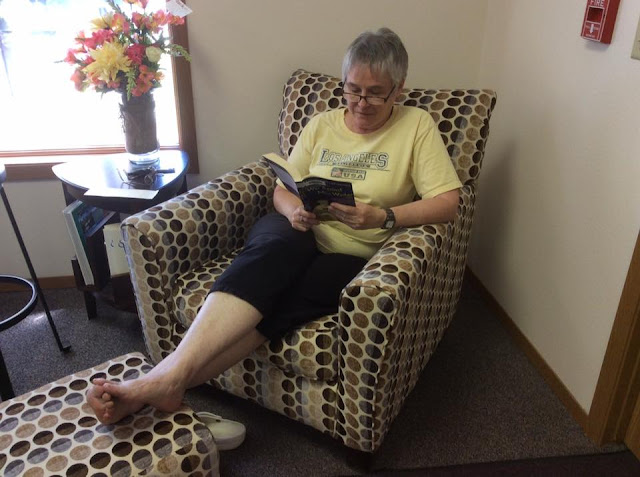 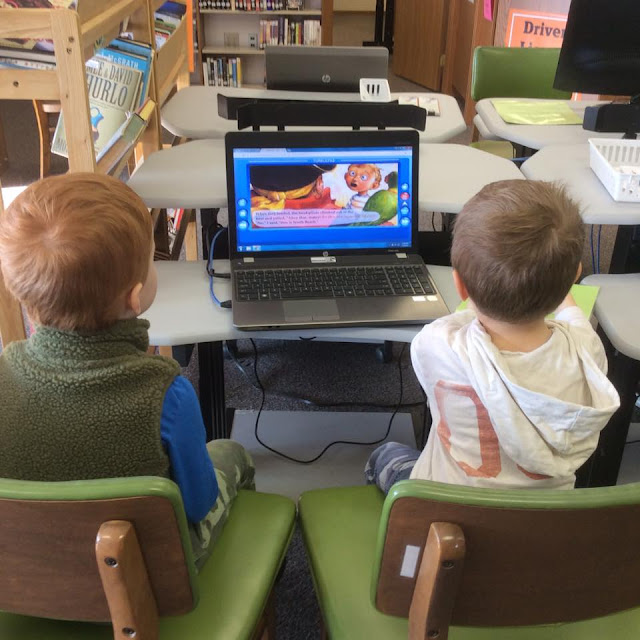 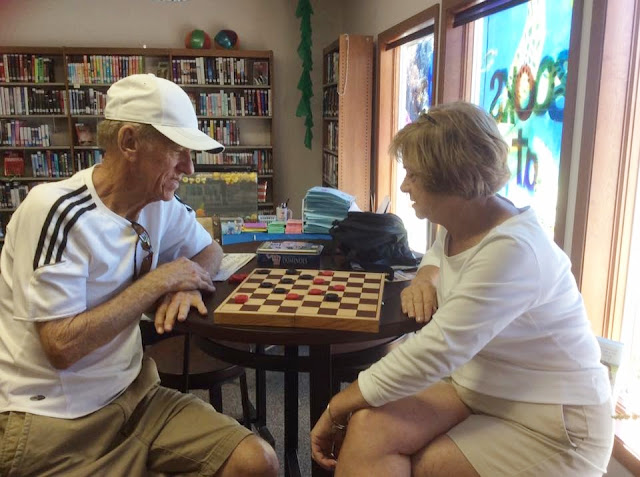 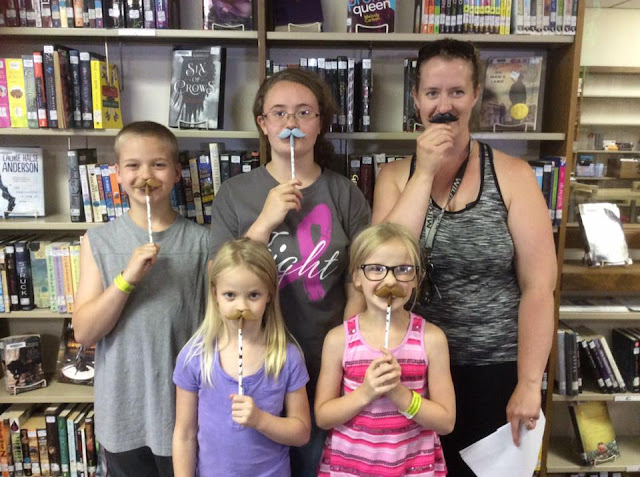 You Tube and our E-Books

South Dakota Titles To Go   is the online card catalog for our e-book and audiobook collection.

Library Digital Collection: Getting Started
is the You Tube video that shows patrons all of the features of Potter County Library's e-book collection / SD Titles to Go.  When you're ready to try digital e-books on your computer, laptop, tablet, Nook, Kindle, iPad, iPod, iPhone, or android phone, just watch this video to learn all about our e-books.

A Potter County Library card gives you free access to our e-book library.

Use keyboard shortcuts to do frequent tasks instead of moving the mouse and clicking icons.


To perform a keyboard shortcut, you press two, three, or sometimes four keyboard keys at the same time. If that sounds tricky, keep this in mind: You can press and hold the Control (CTRL) key first and then press the other key(s). If you're a Mac user, use the Command (CMD) key instead of the CTRL key for the keyboard shortcuts below.

Here are some of the most popular keyboard shortcuts:

CTRL+S (Save)
The first rule of computer use is to save your work often. You never know when the program you're using, or your entire computer, is going to crash. It's a good idea to use this shortcut after every few sentences you write.

CTRL+Z (Undo)
This shortcut lets you undo a mistake very quickly. Pressing CTRL+Z several times will often undo the last several changes.
CTRL+A (Selects all - highlights the entire page/document)
CTRL+C (Copy)
CTRL+V (Paste)
If you do a lot of copying and pasting of text, these keyboard shortcuts will really save you time. Just use the mouse to select what you want to copy, press CTRL+C, click the mouse where you want to paste, and press CTRL+V.

There are hundreds of other keyboard shortcuts and, depending on your computer habits, you may want to learn more of them. For complete information, visit this site for Windows or this site for Mac.

Of interest to those researching local history and family histories. Includes U.S. Federal Census records from 1790 thru 1940, immigration records, military records, the Social Security Death Index, the family history library and more.  Access it at the library.

Dakota Sunset Museum can help you trace your family roots using their local history and homestead records and over 15,000 obituaries dating from 1883 to the present.
Phone: 605-765-9480
Email: dakotasunset@venturecomm.net

What to read next?

WONDERING WHAT TO READ NEXT?

HOLY MATRIMONY! Where to find clues to wedded bliss by Mary Penner

Even when all of the signs seem to indicate that a certain great-great-aunt was married, it can still be tough trying to determine when, where, with whom and how many times she tied the knot. It's even tougher when marriage records are AWOL from a county courthouse or when you just don't know where to look.

It turns out there are great sources at your library.  AncestryLibrary for one, is the database that holds clues to past trips down the aisle. Here are five types of records found at your library through Ancestry.com

Your library. Go anywhere from here.

LIBRARY SERVICES
Book Club
Audiobooks
Children’s Programs
Genealogy and Obituary Records
Group programs
Handicapped Accessible
IRS Forms
Large Print
Magazines
Movies
Opaque Projector
Practice Tests
Proctor Tests
Reference Databases
Reference Questions
Wireless Internet
Oh, and don't forget,
We lend books.........
For Animal Lovers
For Automotive Repair
For Biography Buffs
For Business Improvement
For History Buffs
For Inspiration
For Life-long Learning
For Medical Information
For Pleasure Reading
For Self-help
If we don't have what you're looking for, just ask. We can probably get it for the price of the postage.
~~~ When You Need To Know ~~
Faster than searching the world wide web...
More inspiring than a Mocha Latte....
Able to answer questions with insight and detail....
These Super Heroes of Knowledge
Can find the answer to any problem.
And they work in your community.

BENDING THE TWIG a memoir by Kenneth Goetz. The story of a boy growing up on the Dakota Prairie (Potter and Sully Counties) during the Depression and World War II.

WHILE THE COYOTE HOWLS Written in 1933 by Alice McDonald Edmunds (Mrs. Andrew Edmunds) -- about her family and life in Potter County. Full text in 63 pages is available via email attachment. 63 pages. Request by emailing the library at pclibrary@venturecomm.net

BREAKING SOD ON THE PRAIRIES by Clarence Wilbur Taber. Historical fiction account of Taber's homesteading experience in Potter County. The World Book Company as part of their “In Pioneer Life Series” published it in 1924. Taber grew to adulthood in Potter County where he became a banker, married the daughter of one of Gettysburg's founders, and had three children. By 1900, Taber, dissatisfied with banking, moved his family to Minneapolis, but he never forgot South Dakota.While the BREAKING SOD book is invaluable to Potter County history, it is not the book for which Taber is best known. Long before BREAKING SOD was written, he wrote TABER'S MEDICAL DICTIONARY FOR NURSES. It was this book that brought him to the attention of the F.A. Davis Company where his dictionary was published as TABER'S CYCLOPEDIC MEDICAL DICTIONARY. It was an instant success, has become the standard for nurses, and is now in its 20th edition.Taber died in 1968. His portrait still hangs in the boardroom at the F.A. Davis Company in Philadelphia, PA. and the history of the company devotes an entire chapter to his life.
THE WORK OF WOLVES by Kent Meyers. SD fiction set in the Badlands. SD author. A four-star recommendation.

LeBEAU by Dale and Mary Lewis. True story of the once flourishing cattle town of LeBeau, South Dakota and the murder that ended its reign as railroad king. Its location between Gettysburg and Mobridge is now under the waters of Lake Oahe. Consultant for the book was Gettysburg rancher Clint Parker

Excerpt from THE BATTLE OF SHILOH by Samuel M. Howard, who lived through it. p 130 "Again I hear the roar and crash of guns, 'til the whole earth rocks beneath it. .... Again I see brave General Peabody wage the unequal strife of one small brigade against two corps of the enemy and fall dead from his horse just as the enemy swarms around both flanks of the Sixth Division ... The past rises before me when the ominous hour of 10 o'clock overtakes the combatants, when more than 80,000 men, with 300 great guns and 80,000 muskets, wage the deadliest great battle of all time; 'til more than 26,000 soldiers fall upon that fearful field, either killed or wounded, while everywhere the very flesh is quivering on the bones of both the living and the dead ... Again I see and hear the screaming and bursting of shells and the closing in of the dreadful circling walls of brimstone fire -- flash on flash, flash on flash, flash on flash ... Again I hear the heartrending appeals for help by the mangled and dying .... Again I see the whole Peach Orchard where General Albert Sidney Johnston fell, so thickly carpeted with dead that one can walk in any direction stepping on the bodies of the dead all the time, without a foot touching the ground."


Your Potter County ancestor just might be included in one of the books below....

COMPENDIUM OF BIOGRAPHY [includes biographical sketches from Central South Dakota]  -- rebound, title page missing, but spine says 1899,  appears to be another volume of MEMORIAL AND BIOGRAPHICAL RECORD AND ILLUSTRATED COMPENDIUM OF BIOGRAPHY, Published by Geo. A. Ogle & Co -- includes A.G. and Morris Williams, but biosketches are not identical to the 1890 edition.

HISTORY OF SOUTH DAKOTA by Doane Robinson together with personal mention of citizens of South Dakota, Vol I.  B. F. Bowen & Co., 1904.

Bound volumes of SOUTH DAKOTA HISTORICAL COLLECTIONS; ILLUSTRATED WITH MAPS AND ENGRAVINGS compiled by the State Historical Society beginning with Vol. 1, 1902 and continuing through 2013.  Includes Cumulative Index compiled in 1989.    Missing volumes: The 1910 Volume 5.

The 100th Anniversary book is available through the Dakota Sunset Museum.

Answer: The story is told in Stanley Vestal's book THE MISSOURI. Briefly, the petrified man was a hoax concocted by bored locals who created a petrified body and buried it near Forest City. So successful was the hoax that the locals took the body to the 1893 Chicago World's Fair, exhibiting it all along the way for a dollar a viewing. The hoax wasn't exposed until after the turn of the century when they repeated the stunt and tried to sell the next body. The buyer and his wife got into such a terrible fight over the purchase that the buyer murdered his wife and then killed himself.

HUGH GLASS vs THE GRIZZLY


Q: Is Hugh Glass vs. the Grizzly a true story?
A: Yup. In 1823, Hugh Glass was part of an expedition traveling through the plains near the fork of the Grand River (near what is now the town of Lemmon, SD). He was attacked by a grizzly bear, which slashed him from head to foot.Glass’s travel partners nursed his wounds for a while, and then moved on, leaving a young Jim Bridger to tend to Glass. Believing Glass was a dead man, Bridger took Glass's gun and gear and left him.When Glass came out of his coma, he was alone on a desolate plain, with maggots eating the rot in his back. His leg was broken, so he had to crawl 200 miles to Fort Kiowa (near Chamberlain) and safety. Fever and infection took their toll and frequently rendered him unconscious. The trip took more than two months.Angry, Glass sought revenge. Eventually he caught up with Bridger, but let him live. Glass died in an Indian ambush a few years later.In 1998, Ried Holien of Watertown traveled the same 200-mile journey made by Hugh Glass and wrote about it for South Dakota Magazine.
1 comment:

Potter County Library
Gettysburg, SD
Gettysburg, SD, is "where the battle wasn't." The town, however, was named by Civil War veterans who settled the area in 1883.